Take 5 with "The Vicious Kind" 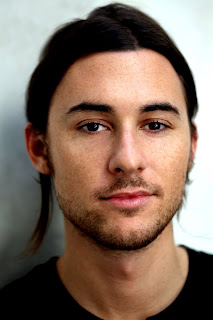 LK: A dark, comedic drama that surprises and challenges every audience.

LK: I learned that an indie filmmaker nowadays must plan beyond just making the film; plan for the 18+ months it will take to get the film through festivals and ultimately to audiences. With independent distribution so topsy-turvy at the moment, every filmmaker needs to not just think like a producer, but a distributor as well. The Sundance bidding-war days are over. Even if you have a good film, plan on having to put the film on screens yourself.

There are two moments that I think are a tie for the best part of making THE VICIOUS KIND. The first moment was day one of production (March 9th 2008) when we rolled on our first shot. Hearing 35mm run through the gate after two years of blood, sweat, and literally tears, was pretty sublime.

The other moment was our opening night at Sundance. Geoff Gilmore introduced the film. When he was done, he handed me the mic, leaned over, and quietly said, “welcome to Sundance…”

LK: I studied film at USC from 2001 to 2005. During my junior year, I took a semester off and made a feature film I wrote for $80k. The film is pretty mediocre, but the experience was invaluable as it completely kicked my ass and taught me how to be filmmaker. From there I kept writing, directed a handful of music videos and shorts, and then did a TV-pilot on spec in 2006 that was sold to the CW network. THE VICIOUS KIND is my first feature since graduating.

LK: The dream, I think, would have been for a specialty division to have come along and put the film on 1,500 screens. Since that didn’t happen, I think the producers have done a good job of implementing plan B – they’ve put the film on screens by simply hustling. Even without a proper distributor, we’ve been able to drum up a bit of buzz, and even squeaked two indie spirit nominations in. If it were 2004 right now, I’d probably feel like we struck out. But given the climate right now, I feel like we’ve hit a homerun.

LK: I’m just wrapping up writing a screenplay for another director. It’s been a lot of fun and it’s certainly pushed me to grow as a writer. I also optioned another script of mine that’s since been financed. A mid-March start date in Detroit has been set, so I’m currently doing a bit of cold-weather shopping.
Posted by Unknown at 7:17 PM