Take 5 with "For the Love of Movies: The Story of American Film Criticism" 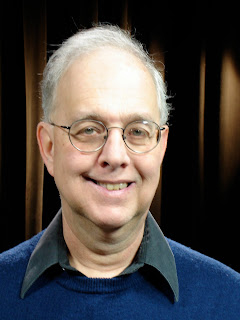 
Gerald Peary, a renowned film critic in Boston, began his love of film growing up in Jackson, Miss. Peary shares with us a little about his first film, "For the Love of Movies: The Story of American Film Criticism," which screens Friday, Feb. 5 at 10 a.m. and Saturday, Feb. 6 at 7 p.m.

GP: Never make a film without money up front. The best part is finishing it, and
getting to appreciative audiences, after nine years of filmmaking.


OFF: Tell us about you. What is your movie making background?

GP: I've been a film studies professor and a film critic in Boston for thirty years. This is my first movie.


OFF:  What¹s your dream distribution plan for the film?

GP: One in which the filmmaker actually gets back some money, which almost never
happens with indie movies which have distribution.

OFF: What¹s the future hold in store for your film and for you?

GP: After twenty film festivals, I've been moving to museums, universities, indie theatres--and I'm self-distributing by choice!
Posted by Unknown at 11:51 AM