Take 5 with "Zombie Girl: The Movie" 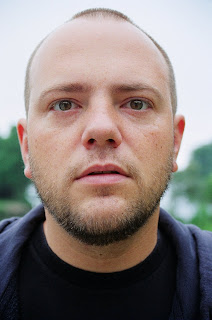 Director and cinematographer Erik Mauck shares with us a little more about his documentary, "Zombie Girl: The Movie"

The film screens for FREE on Saturday, Feb. 6 at 2:30 p.m. at the Lafayette-Oxford Public Library.


EM: A 12-year-old girl makes a zombie movie and we follow her through the process. Come see it because it's entertaining.

(OFF Note - Erik cheated and used more than 10 words, but that is ok, because we agree - it is entertaining)


EM: The biggest lesson learned was that, no matter how ready people say they are to be the subject of a documentary, it's a whole different story once we start filming and are there with them all the time. I wouldn't say we wore out our welcome, but the family was definitely ready to get their lives back at the end of the process. The best part of getting it made was seeing it come together cohesively. We had around 130 hours of footage shot before our editor, Aaron Marshall, got a hold of it. It was intimidating, to say the least, knowing we had to find the core of the story in 90 minutes. I will say too that it was a great relief when the family watched our documentary and said they felt like we dealt with the events honestly. That was very gratifying.


EM: I started off as a writer (specifically, a journalist), but began getting story ideas that I thought would make good movies. I grew up in New Hampshire and it didn't seem realistic that, with no connections to anyone who made movies, I would be able to sell a script or get it shot in my hometown. I decided to go to film school in Illinois where I studied, primarily, narrative filmmaking. After moving to Austin, I began watching more documentaries and covering the independent film community in Central Texas. Once we found Emily (the subject of Zombie Girl) it just seemed like it would be fun to capture her efforts. Luckily, she agreed.


EM: We've had a fair amount of success broadcasting the movie on television in the US and Canada, and even parts of Europe. I certainly hope that continues. Ideally, as any filmmaker will tell you, we would like a nice, sharply-packaged, extras-filled DVD made, distributed and available in as many locations as possible.

EM: We are continuing our efforts to screen the movie at festivals around the world and exploring the possibility of setting up our own theatrical run by contacting independent theaters ourselves. The goal is to introduce Emily's story to as many folks as possible, and we will be continuing that effort in 2010. I recently finished my first narrative feature film, "Straight to the Bone," and I'm working on my second documentary, "The Road to LIvingston." Otherwise, just trying to be an independent filmmaker in Austin, Texas.