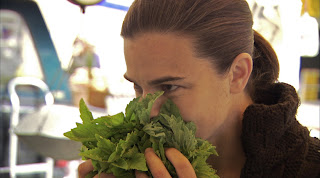 “Once again we've got another great line up this year. We have a world premiere film as well as a couple of regional premieres. We are especially thrilled to be hosting many of the directors, producers and actors of these films and expect this year's festival to be the best yet,” said festival Co-Director Molly Fergusson.

“We are thrilled to bring these films to Oxford viewers first. We've got a good mix of films from documentary and narrative to music videos and experimental. There is something for everyone.”

2009 Oxford Film Festival Sponsors
The 2009 Oxford Film Festival Sponsors help sustain not only the Festival but also the year-round programs of the non-profit festival. Their support is crucial to the mission of celebrating independent film. This year's Festival Sponsors include: Presenting Sponsors – Oxford Convention and Visitors Bureau; Patron Level – Malco’s Oxford Studio Cinema, The University of Mississippi, Yoknapatawpha Arts Council; Festival Level – R & B Feder Charitable Foundation for the Beaux Arts, Media Production, The University of Mississippi, Mississippi Film Office, New Colony Homes, Donna Ruth Roberts; and more.
Oxford Film Festival
Founded in 2003 as a project of the Yoknapatawpha Arts Council, the Oxford Film Festival is an independent non-profit 501c3 organization committed to celebrating the art of independent cinema. The Oxford Film Festival entertains and educates its participants, providing residents and visitors with the opportunity to watch independent films as well as to meet the filmmakers and learn from industry professionals. The variety of films and panels attracts filmgoers of all ages and backgrounds.
# # #
For images, filmmaker contact or additional information please contact:
Melanie Addington
(662) 801-6007
melanie@oxfordfilmfest.com
Posted by Michelle at 8:13 PM