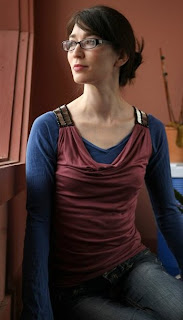 As we gear up for the 10th anniversary Oxford Film Festival, we wanted to introduce you to the filmmakers and their films you will experience on Feb. 21-24, 2013. Meet Casey Dillard, writer/director/actor in "Genrevolt."

#1: In 140 characters or less, describe your movie and why someone should see it.
Guns, explosions, killers, romantic music, abs, pizza... there is literally something for everyone. And it will make you laugh.

#2: Biggest lesson learned in getting the film made? Best part in getting the film made?
This was a film where everything in the universe that could have gone wrong during filming did, but with a good team, anything is possible. That's the best lesson: When you surround yourself with great people, you can be in the most stressful circumstances and still pull off a good film without being at each others' throats. The best part was actually pulling it off. And the laughing.

#3: Tell us about you. What is your movie making background?
I've been acting and writing for years and once I had surrounded myself with competent and incredibly talented people I felt comfortable enough that they could give me a nudge in the right direction if I took at job partially at the helm.

#4: What's your dream distribution plan for the film?
As long as people see it and leave feeling a little bit better than they did before it screened, I feel OK about it. I guess in a perfect world it would get into Oscar booster fests and end up on Netflix and in five dollar bins everywhere, but as long as a few folks get to watch it, I'm happy.

#5: What does the future hold in store for your film and for you?
For me, hopefully more rewarding roles with more great directors, more stories and more growth. For the film, hopefully lots of receptive audiences and a lot of laughter.
Posted by Unknown at 11:43 AM