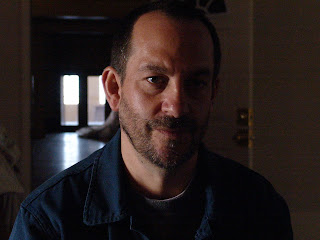 
Josh Goldin shares a little about his film "Wonderful World," that will open up the festival this year. Playing on Thursday, Feb. 4 at 8 and 8:15 p.m.

JG: 'Wonderful World" is a comic fable about a man so steeped in negativity he can no longer see anything good in the world, and about the long journey he takes to discover that happiness is mostly a question of perspective.

OFF:  Tell us about you. What is your movie making background?

JG: I grew up in my college years watching double features at revival houses in NYC and fell in love with movies. I got my MFA at Columbia University Film School. After graduating I sold screenplays, collaborating with my brother daniel Goldin, to the studios... biding my time until i had a project (such as this one) that i could just go out ands make. For me writing and directing are two stages in the process of being a filmmaker. They are not separate disciplines.

JG: The dream distribution plan is the one we have from Magnolia. Their model is to release it first on VOD, get people in the outlying areas to see the movie and create word of mouth, and then release it theatrically in most of the big cities in the U.S. I could not be happier than I am with how Magnolia has handled the movie.

OFF:  What’s the future hold in store for your film and for you?

JG: The movie will be released theatrically Jan. 8 and I'll know more then about the future of the movie... but right now it is performing very well on VOD. Right now I'm creating a TV series--a dark, but witty drama--for FX in collaboration with my wife. And I'm currently casting a new movie, with Jay Baruchel in the lead role.