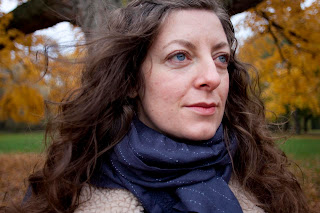 FL: "Handmade Nation" is a film for those who are creative and like to make stuff as well as those who have creative people in there lives. It is inspiring and encouraging.

FL: I've met the most amazing people during production as well as while I've been touring with the film over the past year. Now that it's done, I get to move onto my next project.

FL: I have experience working in production as an art director and working on commercial sets, however, this is my time directing and my first feature film.

FL: "Handmade Nation" is offered through buyolympia.com, the company owners are featured in the documentary and have the same business ethics as I do, it's totally non-traditional and ideal for me.

FL: "Handmade Nation" had it's world premiere in February 2009 and has had much more widespread success then I initially expected. I am looking forward to starting pre-production on my next documentary this spring on sign painters.
Posted by Unknown at 8:07 PM