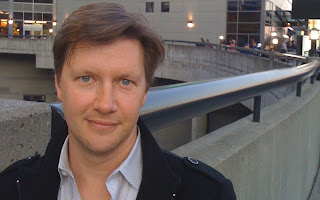 MD: Become enlightened by candle creatures on a journey of self-discovery.

MD: Never make a film using time as your budget. Find the money to hire a team that you trust will be jazzed about your idea and then get the most you can as quickly as you can." Lightheaded" took way to long to do on my own and without financial backing. I can say that I learned a great deal about all aspects of film making by wearing all of the cinematic hats.

MD: My ambition took me from stop motion film making in a Pennsylvania barn loft to animating Lego characters in California. Currently I am a full time animator for Disney's ImageMovers Digital studio in Novato, CA. Although not a gamer, I have various video games to my credit including Activision/Dreamworks titles and many LucasArts Star Wars games. "Lightheaded" is my premiere short film.

MD: I'd like to see "Lightheaded" continue to excel in film festivals, then land on a well known Internet distribution site like a Cartoon Brew or an AWN. Currently I'm looking into DVD sales for the film.

MD: The original content I've created with my first film is a vehicle enabling me to expand on my Director skills.  What is most important to me is finding a special story to convey. Taking people somewhere magical to experience a profound and immersive world will be a goal of mine for as long as I am lucky enough make films.