Moving Midway: Get Your Own! 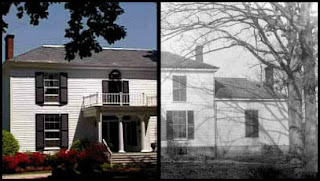 As Cheshire and Hinton explore the plantation mythology embodied in our cultural history – from Uncle Tom’s Cabin to Gone with the Wind to Roots – Charlie meanwhile follows through on the Herculean feat of hoisting Midway several miles across a forbidding landscape.

But this event’s drama leads to an even more startling surprise: the discovery of 100 African- American cousins that Cheshire and Silver never suspected, potent proof of America’s long buried but increasingly important status as a mixed-race society.

Click here to order your copy!
Posted by Michelle at 9:48 AM