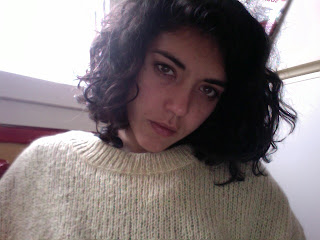 KB: It's a comedy for all ages about a boy that tries to mix celebration with commemoration. I guess you should see it to understand...

KB: Working with my family, about a personnel subject that we all know well - commemoration. Having my sister as a producer, my mother in charge of catering, my father as a side actor, and all my expended family as extras. At last they all understand what I do in life...

KB: After editing films for the army's film unit, I directed documentaries for the Israeli television, and then took on cinema school in Paris at "La Femis". I graduated this year in directing section.


KB: The film has already been bought by a french television channel, which is great. I would love for it to be seen by kids and grown ups, I think it's a film for a large audience, and not only for cinema lovers.

KB: I am currently working on feature film about the sewers of Tel Aviv that get crazy. I am also working in paris on a very unique film project for theater, and on another short film.
Posted by Unknown at 2:21 PM

hello! how are you?
warm greeting from BALI island