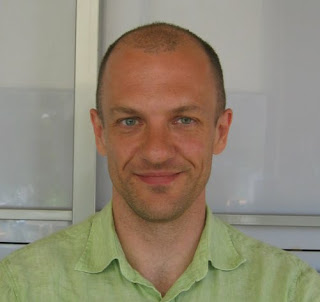 David Baas, director and writer of "Skylight," may be new to the Oxford Film Festival but animation fans are likely familiar with his work on this year's film "9." Baas shared with us a little about his directorial debut.

DB: Skylight is an animated mockumentary about penguins, penguins are funny.

DB: Try to secure some financing BEFORE you get in too deep, I had no idea how much distributing a finished would cost. Bleah. The best part in getting the film made is that it's all mine, no outside creative control. After years of working on other people's stuff, I can now accept all the blame.


DB: I am currently Animation Department Head at Starz Animation in Toronto Canada, in charge of animation resources, training and quality for all projects. Starz animation produces feature film animation, most recently "9" for executive producer Tim Burton. "Skylight" is my directorial debut.

I have a degree in classical animation from Sheridan College in Canada, and was a lead animator and consultant at Alias|Wavefront during the development of Maya, now the standard 3-D animation package used worldwide.

Previously I was co-ordinator and a professor at the Computer Animation program at Seneca College in Canada. I was also a key artistic and technical contributor to the 2005 Academy Award winning Computer Animation short "Ryan" produced at the College for director Chris Landreth.


OFF: What’s your dream distribution plan for the film?


DB: Multiple awards and endless adulation. Well, actually, I'm still thrilled it's not just me watching it alone in my basement. (Although I still do that) I just want people to see it however and when ever and hopefully like it.

DB: Multiple awards and endless adulation. Well, really I don't know. Animation is my day job too, so I really just hope to keep working on interesting things, and I hope "Skylight" helps expand my network.