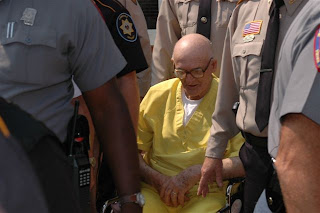 NESHOBA, the documentary film that finally tells the true story behind the “Mississippi Burning” murders, will have its Mississippi Premiere at this year’s Oxford Film Festival. The premiere will be held at Oxford Malco Studio on Saturday, February 7, at 10:30 a.m. Directors Micki Dickoff and Tony Pagano will attend.
“I’m excited the Mississippi premiere of NESHOBA is in Oxford, a beautiful college town, not too far from where my father grew up in Itta Bena,” says Dickoff. “Dad always wanted me to tell this story. I wish he were here to see it.”
Dickoff, an Emmy award-winning filmmaker and social activist, was haunted by the slayings of civil rights workers James Chaney, Andrew Goodman and Michael Schwerner, kids only a few years older than she was at the time, who were murdered for doing the right thing during the famed minority voter registration drives in the southern states of the U.S.
“In 1964, the Klansmen bragged about what they did. I was offended by the lack of truth and justice in the case,” Dickoff explains. “When Ben Chaney called me about making a film about his brother’s murder, I jumped at the chance.”
Teaming with Pagano, an award-winning director of photography, they began shooting on the 40th anniversary of the killings in Neshoba County, Mississippi where the three civil rights workers were slain in 1964. Pagano makes his feature directorial debut on NESHOBA.
“When Micki introduced me to Andrew Goodman’s mother Carolyn, I knew I needed to tell this story,” says Pagano. “Micki’s passion for the truth and Carolyn’s passion for justice were doubly inspiring.”
Through intimate interviews with the families of all three victims, candid interviews with black and white Neshoba County citizens, and exclusive first-time interviews with 80-year-old preacher Edgar Ray Killen, the alleged mastermind of the killings, the film explores whether the prosecution of one unrepentant Klansman constitutes justice and whether healing and reconciliation are possible without telling the unvarnished truth.
“With a black man President of our country – unthinkable 40 years ago – our film serves as a current reminder of how far we’ve come in race relations and how far we need to go,” says Dickoff.
NESHOBA won Best Documentary at the 2008 Boston Film Festival (World Premiere), INDIE MEMPHIS Film Festival, and Ft. Lauderdale International Film Festival, and Best Directors and Best Political Documentary at the New York Independent Film Festival.
Posted by Michelle at 12:56 AM